Both those prior proclamations were repealed in 2015 by then-President Benigno Aquino III’s Republic Act 10661. This declared that National Children’s Month would henceforth be on November.

The change may seem capricious, but not with a bit of historical context. The decision was made to better show the significance of the CRC to future policies. This is the Convention of the Rights of the Child (which was adopted by the UN on November 20, 1989), to which the Philippines is a signatory.

The public agency that typically takes the lead for this event actually predates all of these proclamations and changes of date, though. The Council for the Welfare of Children or CWC was established as early as 1975, back in the Marcos administration. Since then, it has functioned as the focal state body for coordinating policies, programs, and legislation concerning Philippine minors.

And of course, there is children’s health.

Stunting in the Face of Growth

We face quite a number of children’s health issues in the country. Arguably chief among them now is malnutrition. The topic has received notice of late, especially in the past July—this was National Nutrition Month in the country. 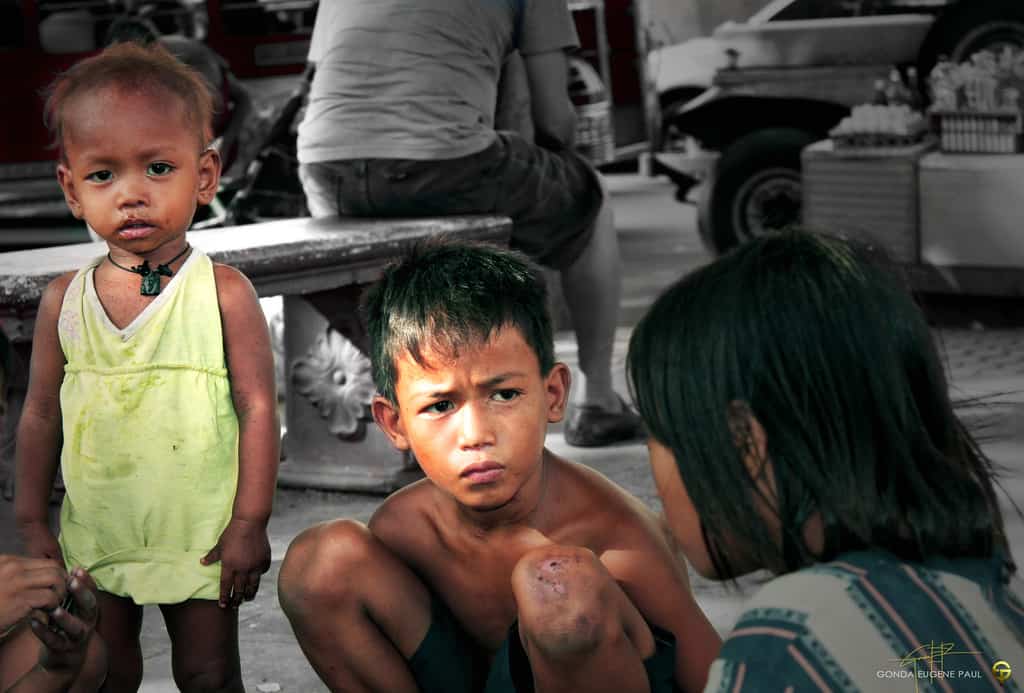 Child nutrition has emerged a major concern in the Philippines. A National Nutrition Survey last year showed that malnutrition rates are at their worst for minors at least 2 years old in the past decade. World Vision, a global humanitarian organization, actually rated the Philippines one of the countries with the weakest commitment to ending malnutrition. This was back in 2012. The data since then perhaps gives little cause to dispute the rating, at least where the young are involved.

Elevated stunting rates are cause for added alarm. Save the Children, a child rights group, has noted that it now occurs in about 33% of all Filipino children. As stunting (which has a negative impact on health) tends to be a common outcome of malnutrition, this is largely unsurprising.

This may seem to fly in the face of recent economic data, which has shown us performing better on that front in the past few years. Indeed, many expect our GDP to rise further in the coming months thanks to expansionary policies.

Despite that, little of this has seemed to trickle down to those who probably need it most: the youth and the underprivileged. The inevitable conclusion seems to be that when a country’s economy grows, not everything grows with it.

What Can Be Done?

Like many other development issues, this begs a complex answer. The malnutrition of children can be influenced by myriad things, from natural disasters devastating crops and food distribution to uncontrolled infections with parasites such as helminths. As such, there are probably multiple areas of policy that need to be inspected to provide an answer for this.

In the short term, though, many are turning to solutions like soup kitchens. These are especially popular in urban areas, where most of the poor have no access to the agricultural opportunities their provincial counterparts have. 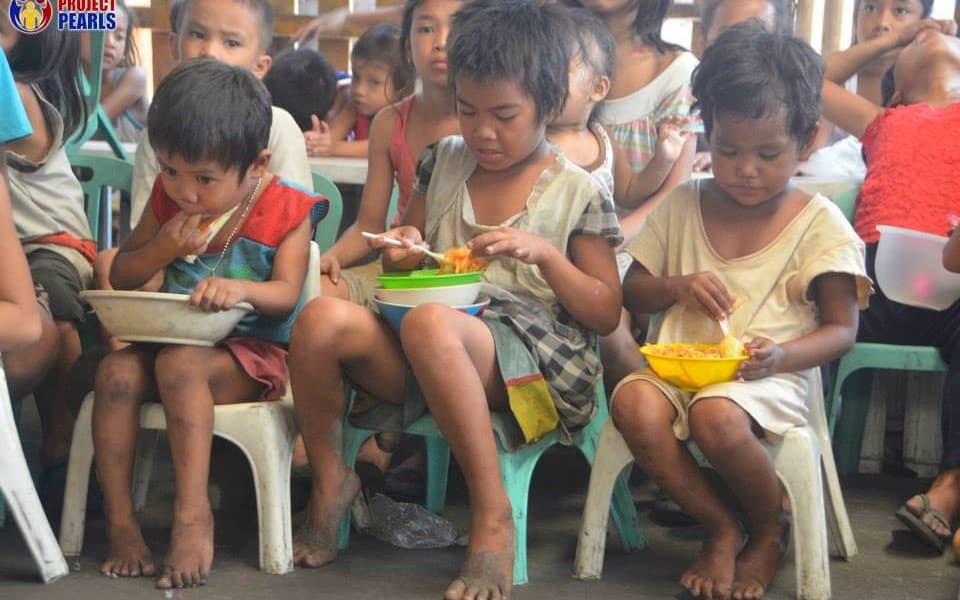 There are problems with these programs, helpful as they are, however. There is little to prevent even able-bodied adults from taking advantage of many of them, for instance.

Initiatives like CMAM may be more promising for children. CMAM refers to the Community-based Management of Acute Malnutrition model, which has the endorsement of both the World Health Organization and UNICEF.

It has already shown success in some areas of the Philippines. A CMAM program has been run by Save the Children, Action Contre La Faim (ACF – “Action Against Hunger” in English), and UNICEF in Central Mindanao since late 2009. It has posted good success rates (94% of all those admitted) too, making a serious difference to children like the one pictured here, seen before and after treatment. 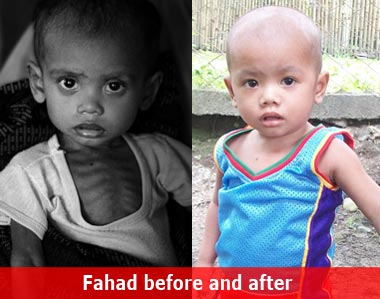 Photo from Save the Children

In Davao too, a similar model has had positive results, with cure rates going from 75% to 89%. That said, ongoing support from the government may yet be wanting as the City’s Health Office revealed in July that its 2016 budget allocation for the program was insufficient.

Whatever the future of these programs, at least one thing is clear: this is a community issue. With National Children’s Month underway—a time when we should be reminding ourselves as well as the youth of their value—it behooves us to find some way to help combat this problem.

There are multiple ways to do this, depending on your circumstances. One can donate to organizations like ACF and UNICEF Philippines or volunteer for CMAM programs in one’s area, for example.

One can also help spread awareness of the issue. Take note that even those directly affected by it may not always know what they are facing.

For instance, Fahad’s (from the photo above) mother actually delayed bringing him to a CMAM program for so long because so many other children in their area looked the same. In other words, his malnourished look had already been gauged as “the norm”. This means awareness may need to be spread not merely among those in positions of power but also among those suffering the worst of the problem.

Knowing what we face is a start. Talking about it is another. This Children’s Month, take to all of your social media channels to bring more people’s attention to child malnutrition. That way, we might be able to put our minds together and come up with a truly communal response to something that touches on our collective future.